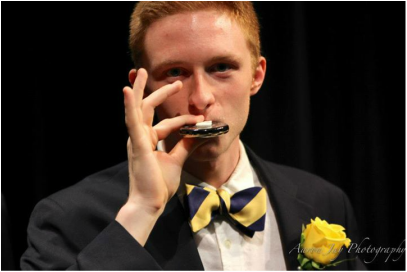 What do you do in The Naturals/Vocal Part: I manage the group’s website, I play piano during practices, and I make several arrangements each semester. I also sing tenor 2 and baritone.

Best part of being a Natural: I'd have to say getting to know some pretty awesome guys who love singing just as much as you do. This group has had some pretty amazing moments since I've been here, and it's definitely been the highlight of my college experience.

What do you do outside the Naturals: I play piano for different functions at Marquette and play intramural volleyball and soccer

If you could be one thing, what would it be: A husky puppy

What would you do with a million dollars: Put it all on red.

If you could have one mediocre superpower, what would it be? Have a husky puppy show up whenever I’m having a stressful day

If you had to describe yourself as a household appliance, what would you be? A bit of a wildcard﻿
Powered by