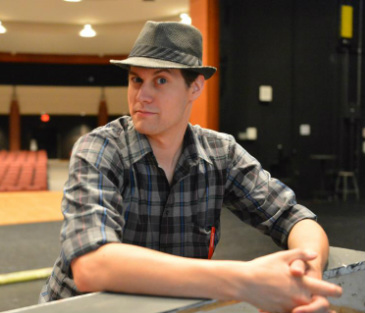 What do you do in The Naturals?
I sing mostly bass, filling in on higher parts when need be.  I also do a modicum of arranging for the group, usually for complex barbershop pieces.

Musical influences?
I tend to listen to 80s music in my spare time.  Aside from that, I have a deep appreciation for barbershop after having been in a quartet in high school.

Best part of being a Natural?
Hearing something you have written become real.

Favorite memory?
Though after being in the group for a long time and having a lot of memories to pick from, going to Acappella Fest over this midterm break was absolutely amazing.  We got to go to different workshops to improve and learn as well as see an awesome concert at the end.

What do you do outside of The Naturals?
I'm a nerd through and through; I play video games, play D&D, I make costumes of game and anime characters to wear at conventions, and I enjoy reading sci-fi /fantasy.

If you could be anything, what would you be?
I don't know whether this is asking for something weird, or if it's more a 'what's your dream job' kind of thing.  I'll take it as the latter and say that Adam and Jamie on Mythbusters have just about every engineers' dream job, including me.

What would you do if you won one million dollars?
Invest most of it.  Sorry for being practical and boring, but I'd put most of it away to grow so that I could retire early and without worry.

If you could have one mediocre superpower, what would it be?
Being able to emit heat from my hands.  To the point that I could use my thumb as a lighter, but otherwise just warm things.
Powered by