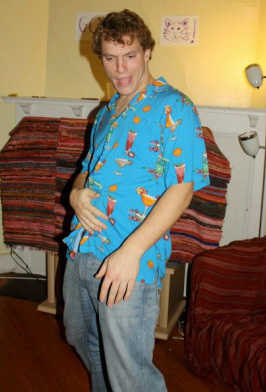 What do you do in The Naturals/Vocal Part: Bass, Director of Communications

Best part of being a Natural: Traveling, performing, and just living the dream.

What do you do outside the Naturals: Urban Ecology Center Volunteer and Midnight Run Coordinating Team

If you could be one thing, what would it be: Always wanted to be the first man on Mars

What would you do with a million dollars: Build a super green, zero carbon footprint house

If you could have one mediocre superpower, what would it be? Photographic memory. Mostly for lyrics to songs.

If you had to describe yourself as a household appliance, what would you be? I'm basically the household Dad of the group. Not an appliance... but highly utilitarian.