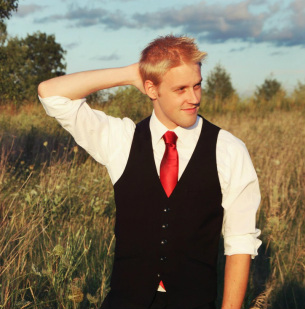 When did you join The Naturals?
Spring, 2011

What do you do in The Naturals?
Tenor 2
Co-Social Media Director
The Professional Twerker

What's your favorite song the group has ever performed?
What Makes You Beautiful

Best part of being a Natural?
Not just singing but hanging out and goofing around with the guys.

What do you do outside of The Naturals?
I'm a member of Marquette's Swim Team & I dabble in Photography

If you could be anything, what would you be?
Singer/Songwriter, or Professional Wrestler

What would you do if you won one million dollars?
Spend it on things I desperately need, like a new computer.

If you could have one mediocre superpower, what would it be?
Be able to awake up on my first alarm instead of playing tag with my alarm clock for an hour before getting up.
Powered by