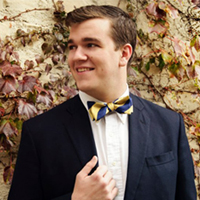 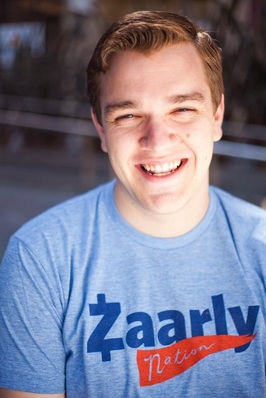 What's your favorite song the group has ever performed?
It's a tough tie between "Free Fallin'" and "TV Medley."


Musical influences?
My musical idol is Michael Buble, hands down. But, Justin Beiber is a close second.

Best part of being a Natural?
The bow ties, of course.

Favorite memory?
Our road-trip to Miami University was the stuff of legends. #MiamiGotNatural

What do you do outside of The Naturals?
I am a brother of the Kappa Sigma fraternity and I used to be in Marine Corps ROTC. I spent some time in MUSG and PRSSA, but now as a senior, I mostly spend my time singing and enjoying my last few months in college.

If you could be anything, what would you be?
I'd love to be a professional musician.

What would you do if you won one million dollars?
I'd start my own company and fire myself.

If you could have one mediocre superpower, what would it be?
I would love to be able to fast forward five seconds into the future at will.
Powered by